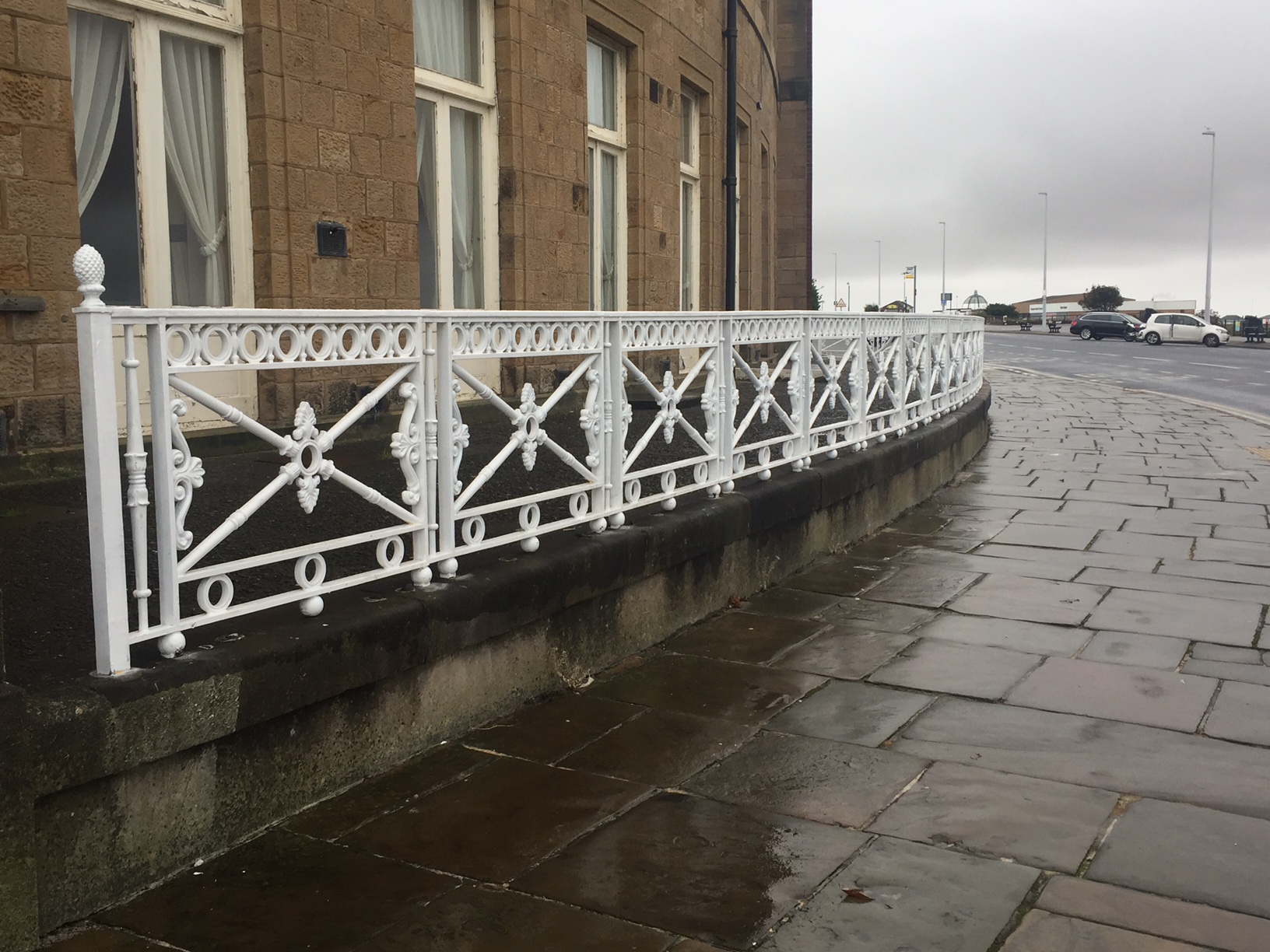 A recent contract in Fleetwood proved no exception. Working from only an old photograph we were charged with designing a new ironwork, inclusive of railing panels and posts, to surround the perimeter of the first building ever built in the town. The building is one of the finest examples of Decimus Burton’s Greek Revival architectural style and he was indeed responsible for the design of the entire town. On 26 April 1950 English Heritage designated the hotel a Grade II listed building. The Grade II designation is for buildings that are “nationally important and of special interest”. He is, of course, most famously known for his arch and gate work at Hyde Park Corner and the Royal Botanic Gardens at Kew Palace. Working on a building of such historic importance it was imperative to ensure only the best architectural cast iron was used.

Ballantine Castings were awarded the contract for the supply and fit of over 130 metres of bespoke ironwork (cast iron panels and posts) to surround the perimeter of the building.  We had full responsibility for the design of the railings to ensure that they were sympathetic with what would have been there originally and tied in seamlessly with the grandeur of the building. This, however, was not without its own challenges.

Our pattern shop designed a panel and post system that was not only aesthetically in keeping with the building, but would also work over the 8 individual walls, which varied greatly in size, rake and radii. Each panel had sacrificial ends that could be removed or doubled to counteract this issue. We also had 3 separate patterns to allow for the various rakes and radii of the walls. All design and pattern work was handled in house with the pattern made traditionally the exact way it would have been in 1841.

All of the railing panel castings were made in house, using only traditional greensand methods unchanged since Victorian times. Each of the 130 panels were moulded and cast by time served craftsmen to within a 1.5mm tolerance using a GR200 cast iron. Our fabrication team then fettled and shop fitted every panel prior to painting and eventual erection on site. Our site team finally erected the railings on site. Although we usually only take on installation work on larger contracts the uniqueness of this work made it unmissable and our engineers were happy to make the journey. In total the whole contract was completed in 8 weeks from receipt of an order.

We always feel fortunate to be working on some of Britain’s most cherished and historically significant buildings. Restoring internal and external cast ironwork, whether it be bridges or staircases, is a source of pride for the foundry and our employees. We believe we are the only Company in the UK who can handle contracts like this completely in house. Long may the renaissance of cast iron continue long into the 21st century and we aim to be at the heart of it. 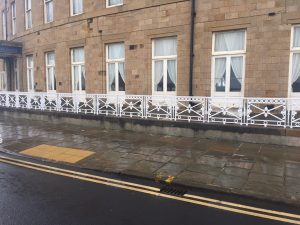 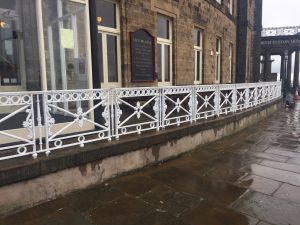 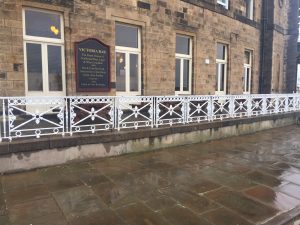 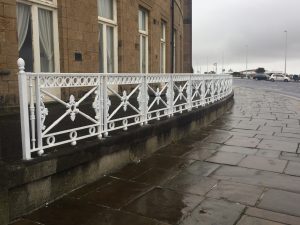 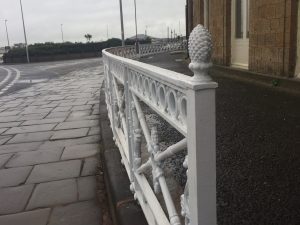 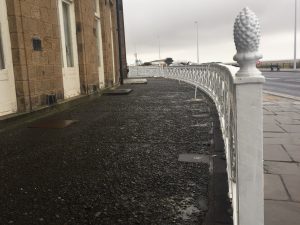 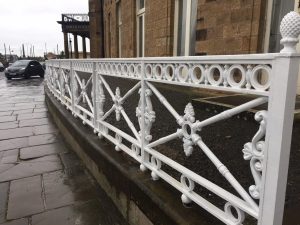 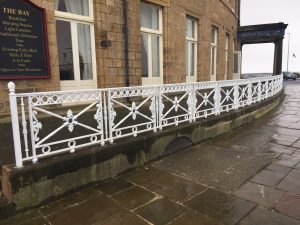 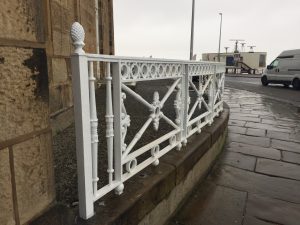