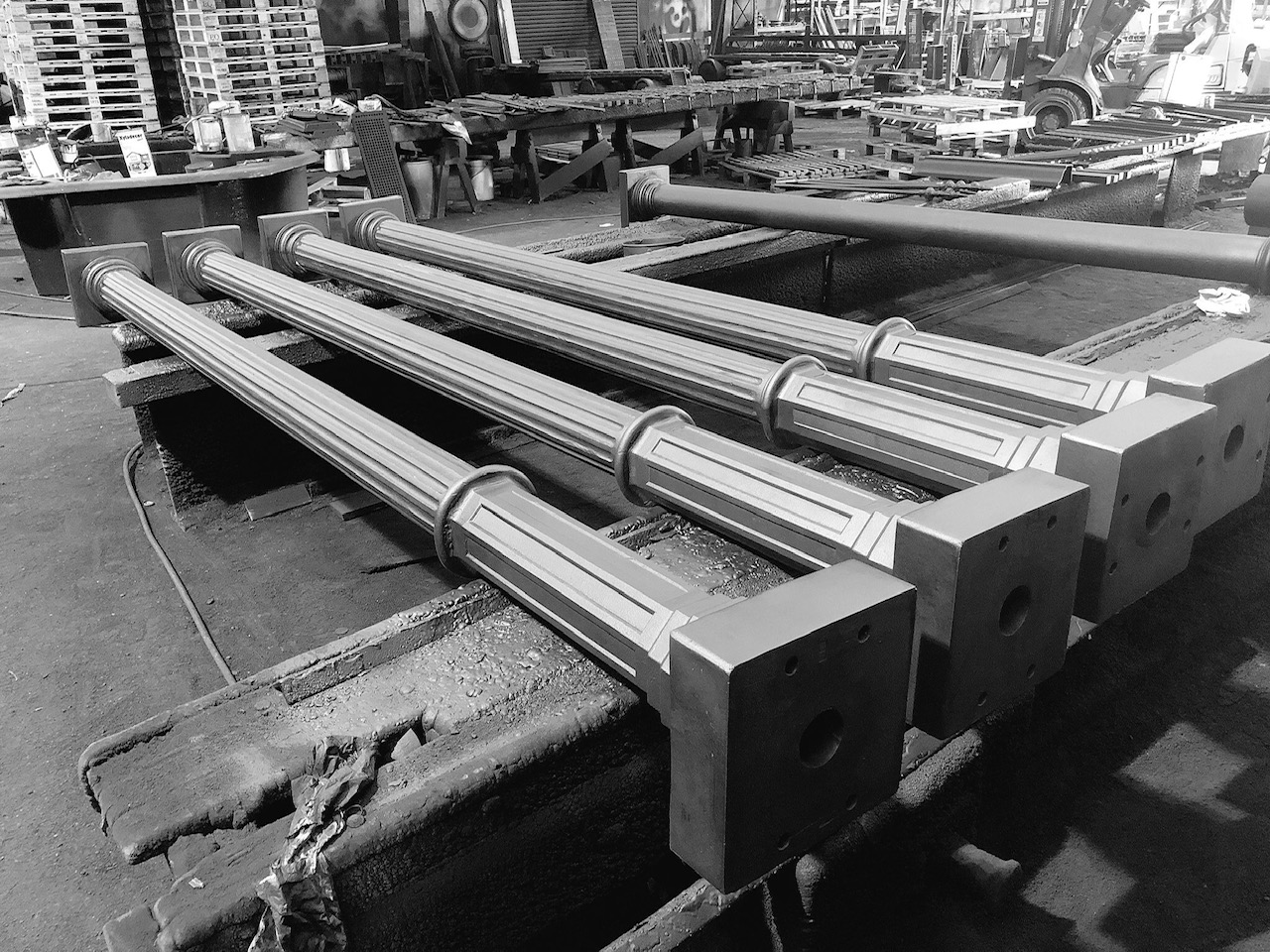 Scotland’s ironwork can still, to this day, be seen all over the world. Bastions of the iron trade like Walter McFarlane or Carron Ironworks exported thousands of tonnes of ironwork all over the globe. These items can still be seen in countries like Argentina, America, Australia, India and Sri Lanka. Generally they are cherished by the locals and form a key part of the architectural make-up of their location. This is the real beauty of ironwork; there is a timelessness to the designs it can achieve, it’s naturally durable for over 100 years, and in the intricacies of the design, the level of craftsmanship is easily apparent to even the most uninitiated observer.

Although we do not claim to be able to rival these exploits, we have carried out a lot of prestigious export jobs over the years. We always have a steady flow of castings going to Scandinavia and mainland Europe. Especially architectural items. We also supply engineering castings for export to a number of foreign countries. Historically we’ve imported all over the world to some far-flung locations – the most notable of which (in the last 50 years) was over 7000 tonnes of ornamental ironwork to the Middle East and an entire pier built in Bermuda.

Over the last few months, however, we’ve taken on some really interesting projects for the export market. 40 ornate cast iron urns for France, over a kilometre of railings for Norway, over 260 meters of bespoke railing panels for a museum in Stockholm, in addition to our very first job in Russia. None of these, however, has been quite exciting as our recent project to supply cast iron columns for St Vincent and the Grenadines in the Caribbean.

Ballantine Castings were awarded the contract for the supply of 30 bespoke, structural, cast iron columns. Cast iron columns seem to be having something of a renaissance as, at the time the order was placed, we had no less that 75 columns on order (with a combined weight of well over 35 tonnes.)

There were 3 different variations on the design which required 3 separate patterns, made in house, in our traditional pattern shop. The key consideration with these columns was the compression and lateral loading criteria; cast iron has excellent compression strength but does not react well to lateral loading due to its flake metallurgy. Ductile iron, although far stronger than cast iron, would have deflected due to the inherent vertical compression forces in the structure. Thanks to the depth and breadth of our in house expertise, we were able to successfully design a column, with a 150mm diameter steel tube cast integrally into the structure. This meant that the columns were not only architecturally beautiful but also structurally sound.

Each column was just under 4 metres in length and weighed over 600kg each. For this reason the castings were made in our specifically designed heavy casting moulding bay. Castings were produced at a rate of 5 columns per day in order to meet the extremely tight delivery requirements and a tolerance of +/- 1mm was achieved. 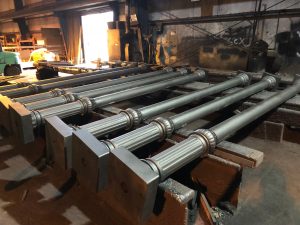 The first batch being painted 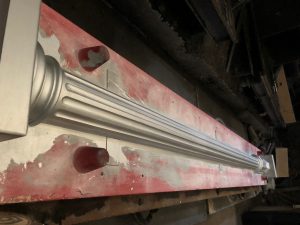 New patterns were made 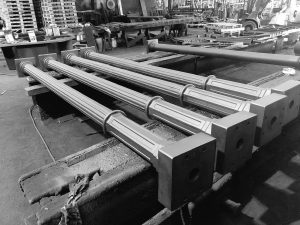 Unfortunately, contracts like this do not happen every day, builders and designers constantly try and find cheap alternatives to cast iron – be they plastics or cheaper materials. But in a world where sustainability is key we always point out the fact that cast iron is a wholly natural product, it is made from 100% recycled materials and the whole process of making castings is completely cyclical – we but old, scrap castings and turn them into items such as these columns.

Furthermore, thanks to the versatility and durability of cast iron, these columns will still be there in 200 years time and will hopefully be a focal point in what is a truly stunning development. We always feel fortunate to be working on contracts like these and they are a source of pride for the foundry and our employees. We hope the renaissance of cast iron continues long into the 21st century and we aim to be at the heart of it – especially if it leads to more trips to the Caribbean.